You are here: Home / Mental Coach Articles / Ken Ravizza on the Importance of Observation

I had the pleasure to interview my friend and mentor, Dr. Ken Ravizza a few years ago as we were preparing for the Peaksports bookcamp…

I asked him who influenced him the most in his career. Back when Ken started teaching, sports psychology didn’t exit, but he was influenced by authors, such as Eleanor Mathini, Maslow’s hierarchy of needs, and sport philosophy.

“The thing that’s really impacted me is my original research, which grew out of Maslow, was when athletes are performing at their greatest, what are they doing?” Ken said.

And many people in the early years of sports psychology influenced Ken.

“In terms of sports psychology, the first big person for me was Bruce Ogilvy. I still remember when I was starting with the Angels, I went up to see Bruce, because he had been in professional sport for years,” Ken said.

“And after Bruce, I would say it was several peers, like Bob Rotella, Keith Henschen, David Yukelson. I mean just a whole bunch. And faces are flashing by the head, Wes Sime.”

“Just so many people where we shared ideas, where you were comfortable sharing, where you got feedback, you were open to get feedback from other people, because the field was relatively new, expanding.”

Ken felt observation was important during his career. He said he learned a great deal from spending time in the gyms, on the fields, and talking to coaches. He was a life-long learner of sport and the mind of athletes.

I think observation, talking to athletes and coaches, and learning what makes them great is a critical element becoming an effective mental coach.

“I was really influenced by coaches. I spent the vast majority of my time in gyms, on practice fields, watching practices, talking with coaches. That’s where I really learned a lot,” he said.

In the late 80’s and 90’s, I started working with golfers on the mental game. And I got as close as I could during competition because I also caddied for several of my golfers.

This up-close observation was valuable to my career in sports psychology.

“And this is throughout life, if we want to be great at anything. What did we learn? I know every time to this day, when I work with a team, ‘Hey, I took a weekend out of my life to be with this group. What did I learn to be a better consultant? To be better at what I do?’ Because if I’m not doing it, how can I expect other people to do it?” Ken said.

What did you learn to be a better consultant this week?

Please browse our programs for mental game coaches and sports psychology professionals below. With the purchase of each program, you can upgrade to the Self-Paced Course or the Full MGCP Certification Course. Contact us at Peak Performance Sports, LLC for more details: 888-742-7225

The AMAP System licenses to you our exclusive mental game assessment. You learn how how to easily identify your athletes’ mental game challenges, what mental game issues to look, and how to do a summary of the AMAP. The AMAP has several purposes beyond its use as an assessment tool.

The Athlete’s Mental Edge workbook system 2.0 is designed for both mental coaches and sports team coaches. And no matter if you are a 20-year mental coach veteran or just starting your career as a mental coach, you’ll love the simplicity of the workbooks, and your athletes will appreciate your organization.

This program helps new and experienced mental coaches gain credibility in your field of expertise. In “Improving Credibility,” sports psychology professionals learn how to get organized with your business documents, how to harness social proof from athletes and coaches, and learn the top tactics to improve your credibility as a mental coach. 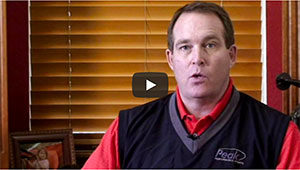 About the MGCP Course 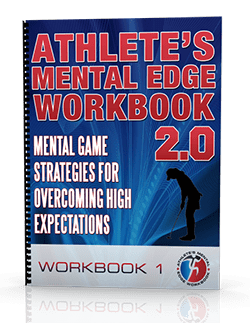